This great article, written by our founding NRPCA member Fran McAllister, outlines how the Niagara Region was formed. The article article was published in Panorama February 1967. 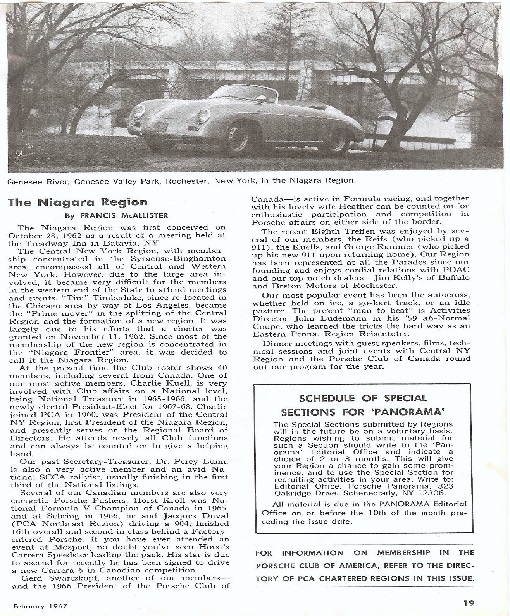 “The Niagara Region was first conceived on October 28, 1962 as a result of a meeting held at the Treadway Inn in Batavia , NY.

The Central New York region with membership concentrated in the Syracuse, Binghamton area, encompassed all of Central and Western New York. However, due to the large area involved, it became very difficult for the members in the western end of the state to attend meetings and events. “Tim” Timberlake, since re-located in the Chicago area by way of Los Angeles, became the “Prime mover” in the splitting of the Central Region and the formation of a new region. It was largely due to his efforts that a charter was granted on November 11, 1962.  Since most of the membership of the new region is concentrated in the “Niagara Frontier” area, it was decided to call it the Niagara Region.” 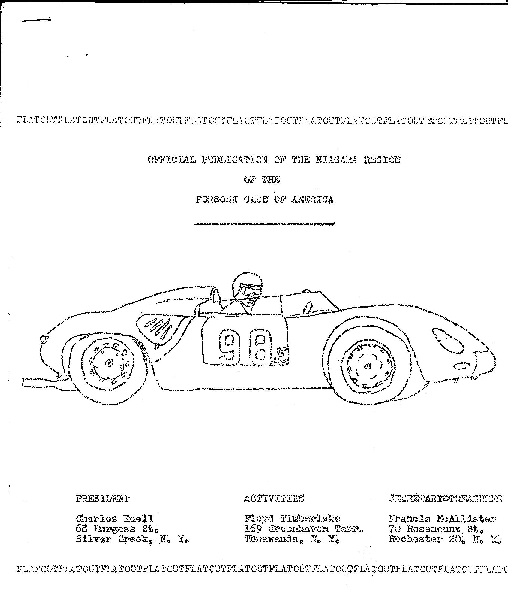 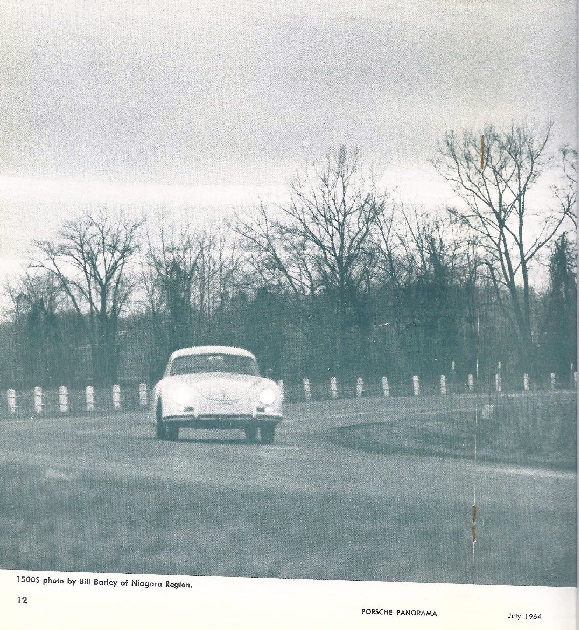 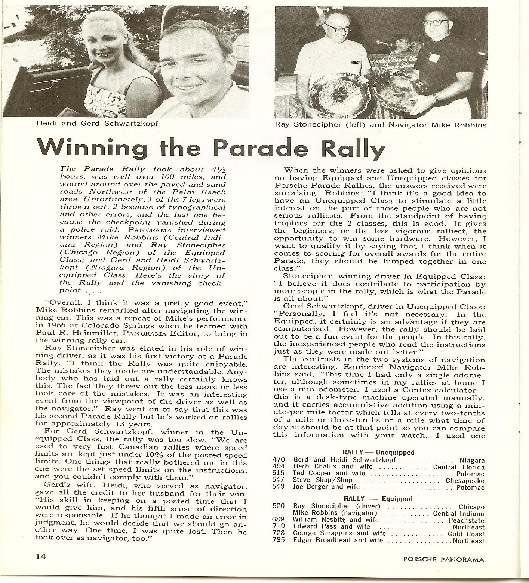 Niagara Region Membership was up to 61 Members in 1969! 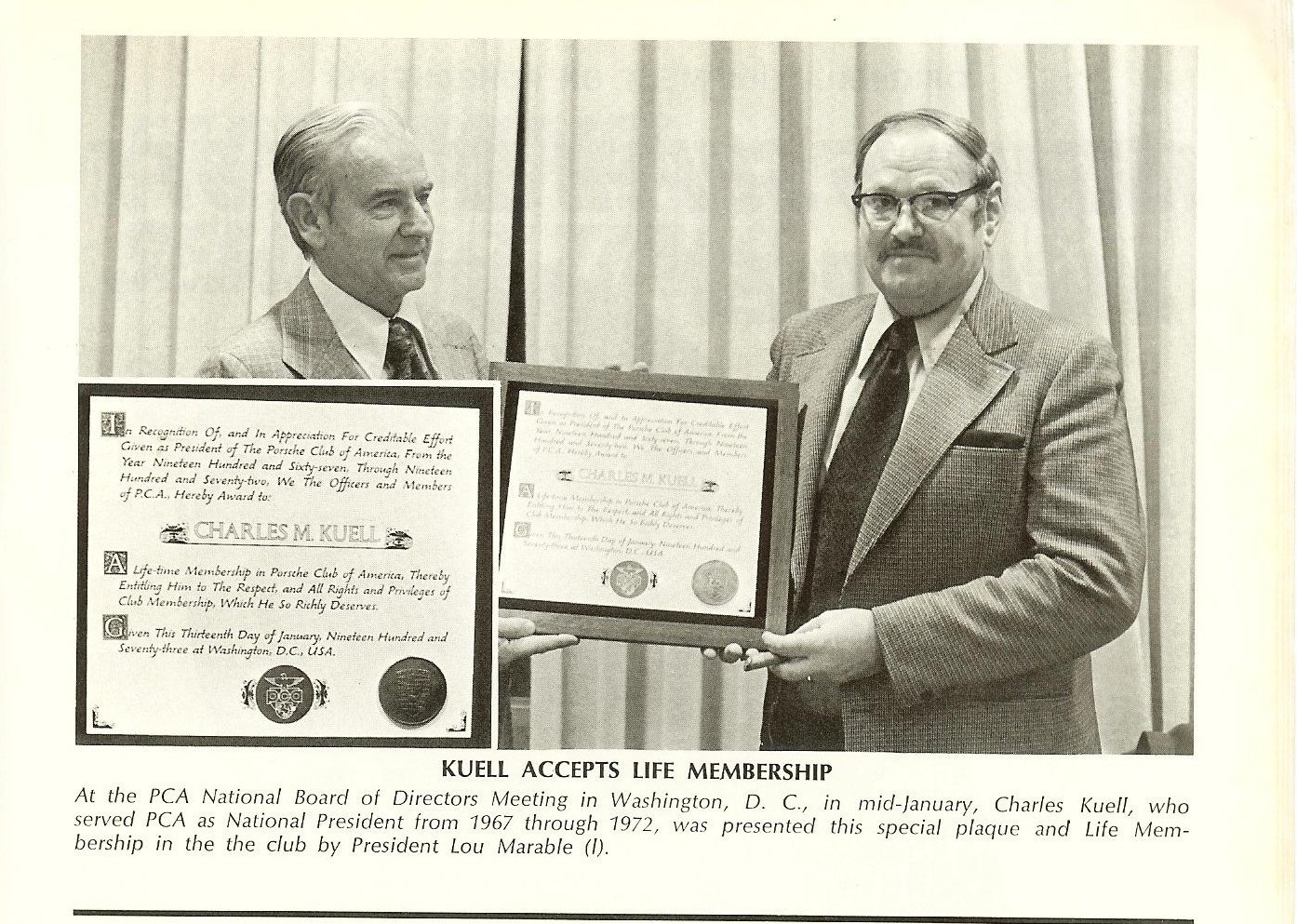 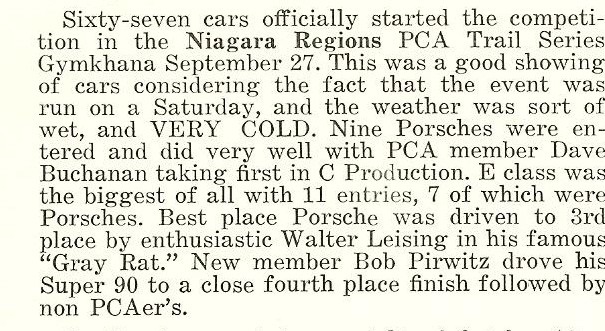 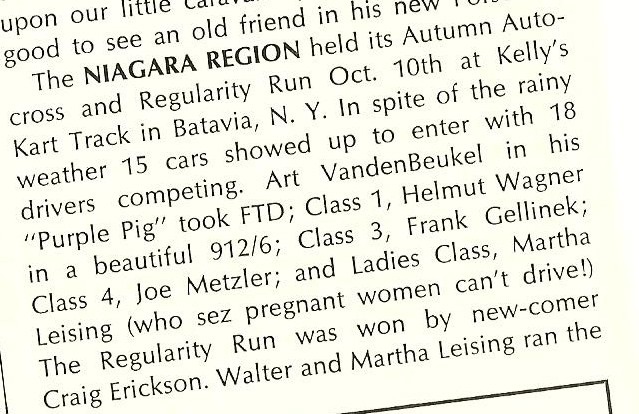 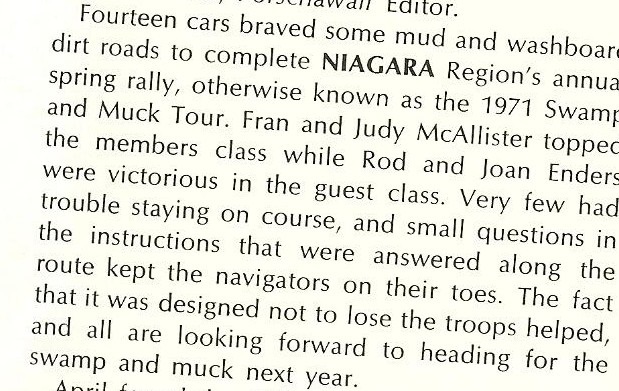 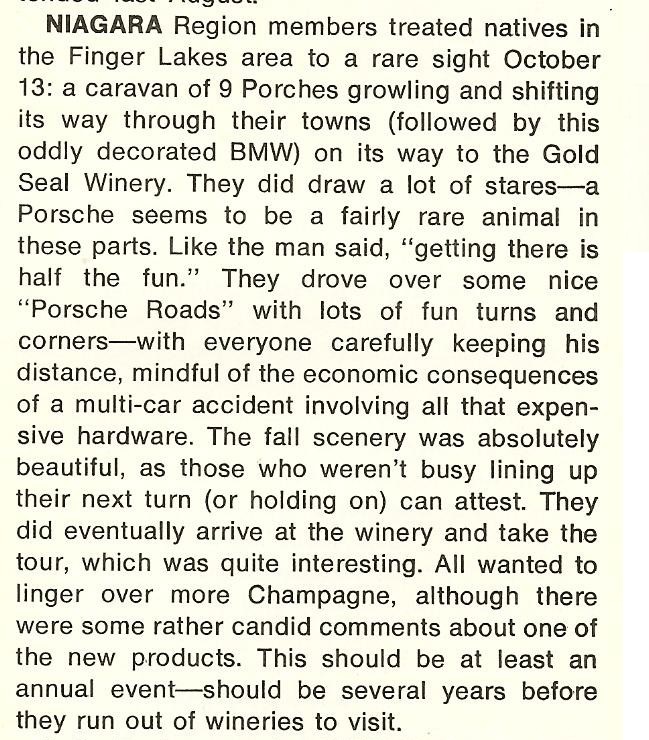 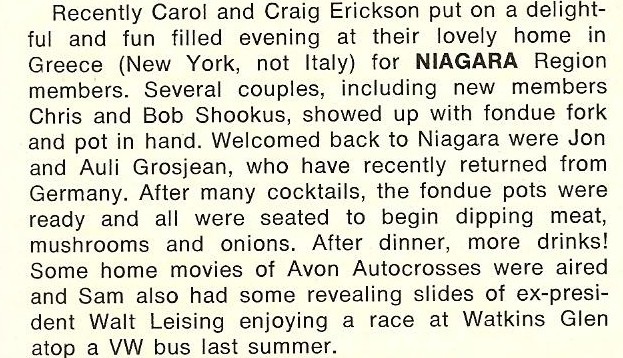 By 2012, Niagara’s membership exceeded 400 members. In June 2012, Niagara celebrated it’s 50th Anniversary with a three day extravaganza at Glenora Wine Cellars on beautiful Seneca Lake. Here is the article from the October 2012 Panorama. 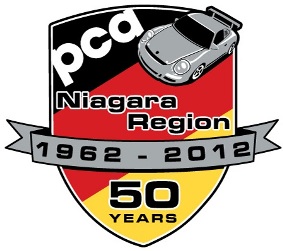 “Winters are long and cold in Western New York, so we try to fit everything in during the few good months between late spring and fall. We ended up with a perfect weekend of sunshine, blue skies, majestic views and historical significance at the heart of the Finger Lakes from June 15 to 17 to celebrate our region’s 50th anniversary.Our backdrop included Glenora Wine Cellars, the first winery on Seneca Lake, and extended to historical Watkins Glen, where the Watkins Glen Gran Prix old course (1948-1952) can still be enjoyed through the town and surrounding countryside. The activities also included laps on the newer racetrack at the International Raceway, autocross in the course paddock, as well as a visit to the International Motor Racing Research Center at Watkins Glen. The geography is very similar to the Rhine region of Germany where gentle hills and vineyards form the setting for the roots of our club’s home of Porsche.” 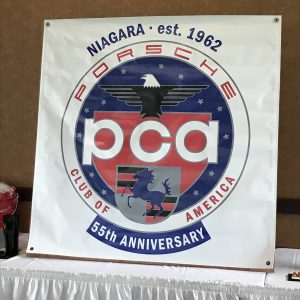 NIAGARA REGION celebrated our 55th Anniversary on June 24th, 2017 at
beautiful Terry Hills Golf Course & Banquet Facility in Batavia, NY. THGC kindly
cordoned off a generous section of their parking lot where 40 pristine Porsches
lined up in a Corral. Seventy members socialized at the Corral for a couple hours
before we went inside for a delicious dinner of Italian Atlantic cod, stuffed pork
tenderloin and chicken French. 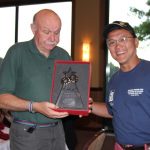 President Dave Hostetter thanked the members for their volunteerism over the years and recognized Past-Presidents Rob Dean, Rich de Asis, Dan Deegan, Craig Erickson and Bruce Friedhaber for their service. The highlight of the evening was when immediate Past-President Rich de Asis surprised Dan Deegan with a lifetime achievement award for his 30 years of tireless service.

After the evening’s formalities concluded, many Niagara folks remained to reconnect with old friends and become acquainted with newer members,   proving once again – “It’s not the cars, it’s the people…”    Craig Er 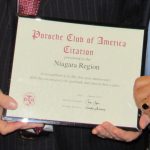 On November 11th, at our Annual Fall Dinner, Mike Bryan, our Zone 1 Rep, presented the club with our 55th Anniversary Certificate.  November 11, 1962 is our charter date.

To read more about us, checkout the Flatout Newsletter Archive with newsletters from as far back as 2006.