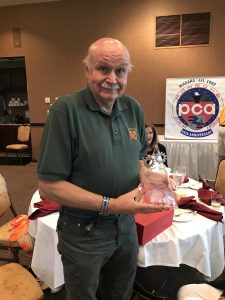 In 2012  our Region celebrated it’s 50th Anniversary in grand fashion at Glenora Wineries and during the celebratory dinner, we gave out two noteworthy awards honoring two long serving members recognizing them for their efforts and dedication to the Region. Fran McAllister, one of our Region’s first Presidents and Herschel Hirschauer, one of our longest serving members were both honored with a Lifetime Membership Award.

Recognizing worthy and deserving members is not necessarily a new tradition with Niagara. Every year since 1999, and during our annual Fall Dinner, we award the “Deegan” to deserving members who for the past year demonstrated service head and shoulders above the rest of the membership. Since 1999 we have awarded the Deegan 18 more times in honor of its first recipient, Dan Deegan.

A few words about Dan Deegan, the man for whom the award was named after, from Jim Tulloch, one of our Club’s elder statesman….

Dan is a rare example of a PCA member who’s done pretty much everything in the world of PCA and continuously for over a long period of time. Past President, Chief Driving Instructor, Tech Tactic presenter/participant, Swap meet organizer/participant/vendor for the club, A Nationally recognized Concours judge, multiple Parade participant (20+ times and counting), tech sessions, a thorough and knowledgeable resource for club members, and much much more.

I can still recall the first time I showed up for a DE and was impressed how one man seemingly and seamlessly made everything happen like clockwork. I also clearly remember how cold beers were freely dispensed as the final tech for the event unfolded. I also recall the camaraderie and watching the friendships enjoy their times together. On multiple accounts those traditions continue today and though our present day program has greatly expanded since the Deegan years, the foundations of the program’s success were without question formalized during the earlier Deegan years. There’s one big difference between now and then: today we have ten dedicated Niagara members making our program hum doing what we do best; then, one man ran the whole show. Dan Deegan.

Dan is a rare example of a member who embodies a true Porsche enthusiast and is a great example of what a dedicated PCA member can be. Indeed, we are very fortunate to call Dan one of our own: a Niagara Region member.

Many thanks to Rich de Asis and Jim Tullock for the above. 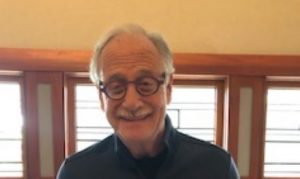 We wanted to take this opportunity to present Fran with a little something to commemorate the occasion of his birthday.
On behalf of the NRPCA, its members, and it Board of Directors, we wanted to acknowledge Fran’s long time contribution not only to the Club itself but all the activities he’s supported and promoted through-out the years. Many fondly recall opening up your home on East Ave after the restoration project was completed, but mostly for your contributions as a 35 year member.  A long time contributor as a driver, a racer, an instructor and a mentor, who also raced both in PCA and IMSA.  He was a founding member of Trackmasters which is still a vital organization today.  “A driving Influence since 1990” – Fran ?
Brand ambassador critical to encouraging many to try their first event with HPDE and
providing encouragement and mentoring those who ended up embracing the sport.
Fran set the standard for motorsport style – race ca graphics was always a work of art.

Thanks to Rich de Asis for the above accolades. 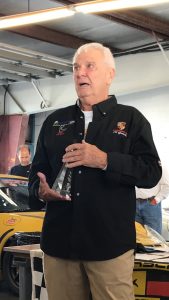 Today, we would like to present another Lifetime Achievement Award to another stalwart of our Region.

We had mentioned how the club likes to acknowledge the tangible contributions of its members. In tribute, you are all familiar with the Mike Bohan Memorial HPDE event every Memorial Day weekend (changed to Lou Betstadt for this year…in fact look at #50 in the backs of your event shirt). Mike Bohan, along with Walt Leising effectively can be credited with starting our Region’s HPDE program.

Our next recipient is one of the remaining few who was there in the beginning and is truly a bridge between what was then and continued on to help shape what our program is today.

Our next recipient is one of the remaining few who was there in the beginning and is truly a bridge between what was then and continued on to help shape what our program is today.

Our Award winner has been a club Member for 30+ years, a former Deegan Award recipient, an accomplished driver, a Club Racer, a friend and a mentor to so many gathered here today.

Some of us have in the past jokingly referred to him as the Yoda of our HPDE program, and in many ways true since he effectively has been the voice of reason and has in his quiet ways really guided and shaped our HPDE program to what it is today. Literally hundreds and hundreds of students have been touched, influenced and benefitted from his years of driving excellence and knowledge in the classroom. Definitely the brains behind a program that we all enjoy and cherish. 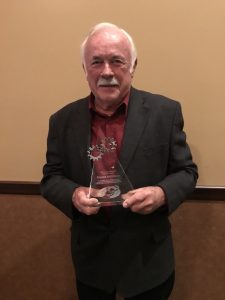 Francis McAllister is our November 2019 recipient. He is a Past President harkening all the way back to Niagara Region’s infancy. Our honoree was a very successful SCCA Club racer, racing a Speedster I believe with over 25 wins at Watkins Glen. He has been a very active club member throughout his entire career. He was awarded a Lifetime Membership Award, a published author! (Panorama Feb., 1967) and rubbed elbows with the likes of Charles Kuell (1st NRPCA President), Walt Leising, two giants amongst our club in the early days.

Our recipient was also just recently inducted to the International Motorsport Racing Research Center Hall of Fame in Watkins Glen.

Again many thanks to Rich de Asis for the presentation and write up.

Breakfast Run to Ellicottville has been cancelled